What is GIF and what does it stand for?

GIF is an acronym for Graphics Interchange Format (did you know that?!) as a new way to present a moving image. It’s an image file, like a JPG or PNG, it doesn’t contain sound, but it can contain animation (and lots of it!).

Usually created from parts of videos or multiple static images, animated GIFs have viral appeal, and thanks to online social platforms such as Facebook/Instagram, have reached heightened popularity. Back in 2012 word “GIF” was named the Oxford Dictionary Word of the Year. They have become a part of internet culture as a commonplace in our digital lives, from news to sports highlights to daily philosophical and comic relief.

Facts And Stats About GIFs

Compared with photos, GIFs are more appealing and more effective in Social Media strategy and compared with videos, it takes less time to create them and they are cheaper and easier to make.  Besides, they hold a lot more info and much easier to portray a message than a static normal image.

Currently, GIF type of the format is shared more than JPEG or PNG format, according to the stats from W3tech.

The entertainment value of GIFs is pretty obvious, but for the past years, brands have recognized its business value as well. Don’t be surprised if you start seeing more and more brands using GIFs as an essential part of their Social Media strategy because according to Reuters, more than 84 percent of communication in 2018 will be visual (and moving!). It’s perfectly natural to see that GIFs are going to be a crucial digital marketing trend for 2017. The fact that people only remember 20 percent of the text they read without visuals is sending everyone a straightforward message – a visual power is more important than ever.

For the past five years, Google Trends shows that the interest for GIFs has increased dynamically and it’s still rising.

According to Giphy’s CEO, Alex Chung, a picture may be worth a thousand words, but as “the average GIF contains sixty frames, then they’re capable of conveying 60,000 words – the same as the average novel.” 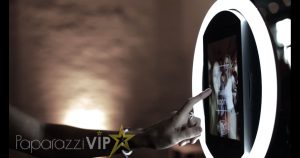 Forbes recently announced that Giphy passes 100 million daily users who send 1 billion GIFs each day. Facebook Messenger, Slack, Twitter, Tinder and many more popular services all connect to Giphy’s library, which has its own search engine for tagging and surfacing specific types of GIF. You can find and share GIFs almost everywhere, including Instagram, Pinterest, Google Plus, LinkedIn and many more popular Social Media sites.

According to Giphy, back in 2015 were around 150 million original GIFs, and New York Times tried to collect the number of GIFs on the most popular social networks, numbering:

Today GIF viewers via Giphy watch more than 2 million hours of GIFs per day, and GIFs are seen by more than 100 million daily active users.

Still not convinced that GIFs are going to be the top Digital Marketing trend for 2017?

According to HubSpot, visual content is more than 40X more likely to get shared on Social Media than other types of content, so it’s obvious why many famous brands use GIFs to interact with their followers.

Talking about Digital Marketing trend for 2017, GIFs are frequently used in e-mail campaigns because video in email is still not supported in every email client. Web-based email clients like Gmail or Yahoo will display GIFs, but desktop email clients like Outlook will not.

Dell saw impressive results from its first GIF-centered email campaign, as it measured:

Netflix has brought a whole new level of usage of GIFs by using them for an outdoor advertising campaign.

How to use GIFs at your experiential event?

The VIP GIF Booth is the future of photo booths and perfect for any brand activation campaign or major event such as festivals, brand awareness campaigns, exclusive parties, etc etc .  It is small, portable and easy for customers and guests of all ages to use.  It is literally as simple as Touch to Start, Get Giffin, Send as either email or text and voila…Share that GIF online with friends!

Get in contact to discuss using a VIP GIF Booth at your experiential event
info@paparazzivip.com
+44 7736282698

DROP US A LINE